As featured on the new nature. 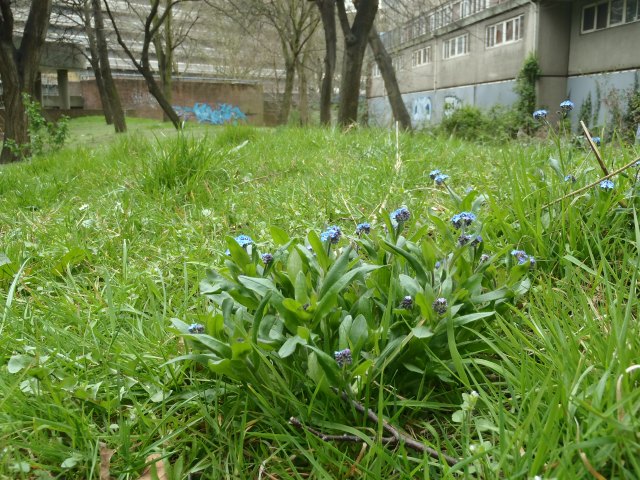 I lie on my back on the grass and watch the clouds, my view framed by hundreds of newly-budding branches arching above me. I’m the only person in this vast decanted housing estate, once home to 3,000 people. There are precious few places you can do this in London without sharing the space with others. Lying here, I feel both grateful and vulnerable.

There are 450 mature trees, some of them exotics, in this estate which is earmarked for development. For this reason the activists who have been trying to save the Heygate Estate trees call it an urban forest. Apart from the famous parks, nowhere else in central London has this amount of public tree canopy. It is cushioned from the dirt and noise of Elephant and Castle roundabout by the original design, which placed larger blocks on the periphery to protect its low-rise heartland.

Forest. The word itself is romantic. It can mean different things to different people, but I think this site is entitled to bill itself as an urban forest as it fits the definition of ‘a large area chiefly covered with trees or undergrowth’. Moreover, forests have long been places with their own rules and where commoners have had special rights. I find something of this character lingers here in the Heygate Estate, as it does in Epping and the New Forest. A special bond between people and place, forged over time.

It feels mournful here, as well as peaceful. Residents have created a gallery in the heart of the estate to tell the story of being forced out of their homes with compulsory purchase orders, and priced out of the new high rise development that is already being advertised to rich international buyers. Here and there you find the detritus of past lives – a broken tennis racket, a jumble of audio tape spool lying in the grass.

In the three years since most residents left, nature has taken over. A quietly rampant carpet of green tears up the tarmac, and at night bats dart amongst a secret greenwood world of light and shadow. This morning the birds are triumphant, their spring song bouncing off walls and grass. All these mature trees have finally reached the optimum height and size envisaged by the architect, Tom Tinker, when he dreamed up the site in 1969. His plans belong to a more visionary, egalitarian period, when architects and developers built high quality housing estates for all classes of people, and when government set money aside to maintain them.

This is a special time, a hiatus, after the people have left and before the JCBs move in. Already fences and barriers have gone up to prevent pilgrims like me from traversing the walkways. Pretty gardens have been smashed up. A yard or so away, a robin sings, before swiftly treading a female. Forget-me-nots and violets stain the grass purple and blue, the former strangely mirroring the aquamarine of some graffiti on a lock-up opposite.

Lichen, moss, chickweed and buddleia creep over the steps and walkways. A 3D image of a wolf’s mouth, colourful elephants and other fantastic creatures adorn some of the walls, created by graffiti artists exploiting the brutalist vertical and horizontal lines. It all adds to the feeling of this being a secret, uncircumscribed, wild place.

Guerrilla gardeners tended vegetable plots here last year, working alongside isolated residents who refused to move out. Broad beans and flowering lettuces sprout up amidst DIY raised beds. In one area, the gardeners stacked crates of flowers and plants up a slanting brick wall. The plants have long since escaped their plastic framework and the wall is covered in green and brown leaves, which spill and spread over the floor. How quickly we can be replaced and forgotten. A post-apocalyptic landscape, all quiet now after some great lost battle with market forces.

Over 300 of these 450 mature trees will go, it seems. The developers promise to replace all of the trees they remove where they can in the new development, and in surrounding streets. But, given the housing density required to make the project “economically viable”, the forest’s days are numbered.

This spring has been fast and furious, making up for the Narnian winter that dragged on for months. I’m hungry and diligent for all the signs of spring, having waited for so long. The transient beauty of tiny tree flowers is capturing my attention, unfurling with the leaves. Like the woodland here, they will be gone before we know it. 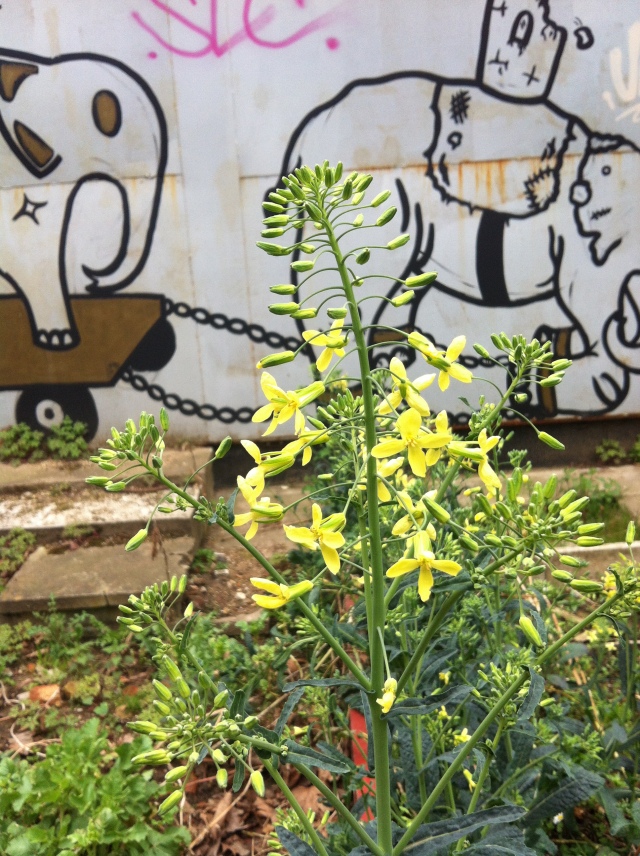