Posted on December 2, 2018 by simplyradical

Forget Christmas Day and Black Friday – will you be marking Moonstruck Day? The next one falls on Saturday December 22, just after winter solstice.

December’s full moon is known as Cold Moon, or Long Nights Moon, an ancient name used by native American tribes, among others. Ancient people had a strong connection with the moon, using it to keep track of things like planting, hunting, harvesting.

Moonstruck Day aims to harness the moon to help us keep track in a different way – to reclaim our mental space and attention by getting off  ‘Big Tech’ and instead ”reconnect with our communities, nature, and ourselves…log out of social media, turn off our phones, refrain from shopping online, and google nothing. For one day stop feeding Apple, Amazon, Google and Facebook the precious data they need to fuel their perfect consumerist machines.”

Sometimes I go for a day or several days without looking at my phone, but in an ad hoc, unplanned way. There’s something about doing it deliberately and regularly each month, while knowing that thousands of others are doing the same thing, which makes Moonstruck Day a powerful cultural event. Even if you don’t do it perfectly.

My initiation was Occupy Silicon Valley/Do Nothing Day this autumn, which took the Occupy movement and Buy Nothing Day (Black Friday’s antidote) as inspiration. For one day, thousands of people including me, boycotted Amazon, Google and Facebook, or got off the internet altogether. For the mischievous, there was the option of heaping up items on the Amazon trolley, then checking out, or for doing only one Google search that day: ‘Does Google do evil?’

Although I had to use the internet for work that day, I joined in as best I could. Not only did I discover some search machine alternatives to Google which don’t capture your data (DuckDuckGo;  Qwant; Ecosia ) my digital detox gave me that rarest of rare things; an epiphany on the commute.

As I filed onto the platform, waiting for the train, my hand went to my coat pocket for my phone. This was dead time – time I usually fill by scrolling, looking over old messages, sending a message to someone. And then I remembered – it was Occupy Silicon Valley Day and therefore my phone would remain off.  Almost immediately I felt a sense of irritation and frustration, followed by boredom. Here I was, stuck on this shitty platform with nothing to do. 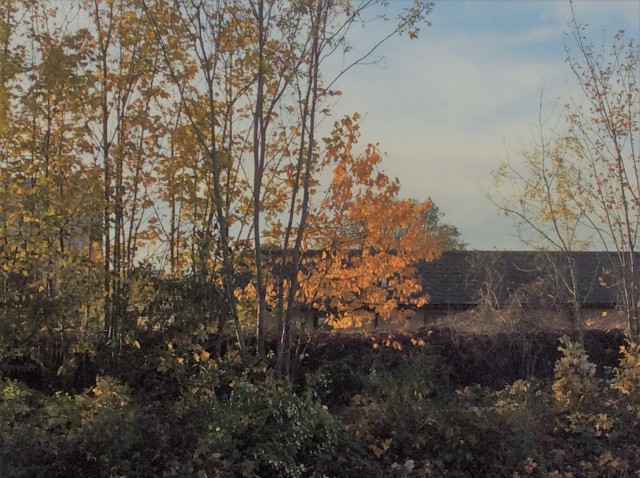 The platform I stood on was on a raised piece of land opposite some houses. The roof of one was right opposite.  Between me and them were trees and some Virginia creeper. As I stood there, gazing with no agenda, I began to see these things for the first time. I’d never really paid attention to them before, just labelling them in my mind: ‘roof’ ‘building’ house’ ‘railway line’.

As I looked, I noticed that the roof was not just a roof, but a pattern of different colours and surfaces; dark blue slate, bright yellow lichen, and a darker green moss.  In fact, there were colours everywhere, and sound. The birch trees were whispering in the wind. The Virginia creeper was beginning to turn orange. Autumn was creeping in, right under my nose, but I hadn’t seen it til this particular morning.

And the roof was alive. Several pigeons were bobbing up and down it, bending their heads down to the lichen and moss. A whole ecosystem was on that roof. First lichen had colonised the slate, then moss. Tiny insects would live in that moss, which in turn fed the pigeons and other birds, which would in turn be eaten by peregrines. Life on earth playing out right in front of me, with David Attenborough nowhere in sight.

As I rode the train into town I saw ripe autumn colours everywhere from the window. Gold, green, red, yellow. If it hadn’t had that reminder to keep my phone off, I would have missed all of that.

I’m looking forward to discovering more hidden worlds on Saturday December 22. I wonder how many others will be joining me. 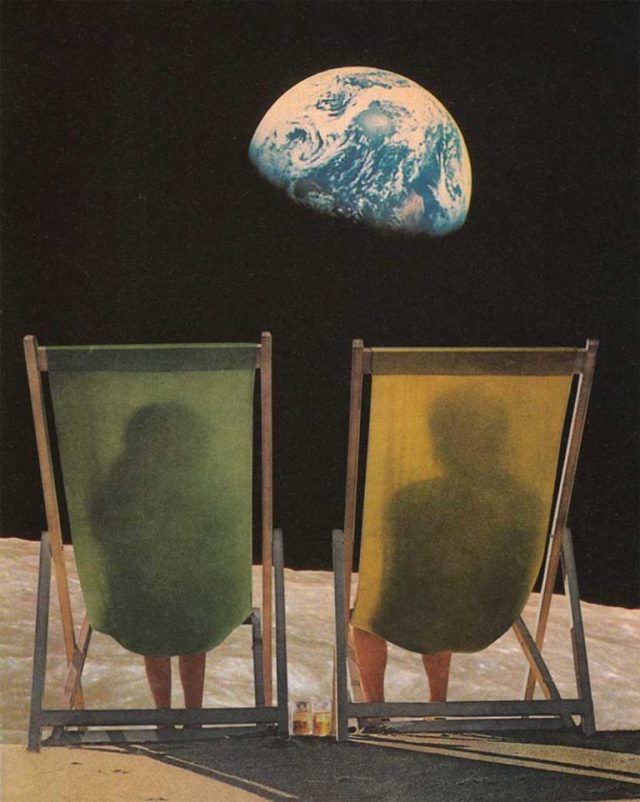 3 Responses to Screw you, Facebook: Why I’m joining the monthly digital detox revolution